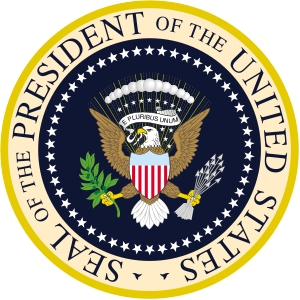 One question on the minds of many is “how will the upcoming election affect my personal finances?”. Few aspects of the life experience get people so emotionally charged as money and politics.  Combine these two areas of concern and we are looking at a prolonged political dance that will impact the financial stability of America and with it the personal finances of all of us.  These are troubling economic times in our country with an over $15 trillion dollar debt burden (over $48,000 per citizen), continued economic uncertainty, weak housing market and extended unemployment shaking the confidence of millions.  Throw in historically low levels of retirement confidence (only 16.6% of employees recently indicated an ability to meet retirement income goals) into the mix and we have an election that will likely be driven by the economy.

In short, there are many big decisions pending that will impact our nation’s long-term financial stability- the potential increase of marginal income tax rates, out-of-control government spending, proposed changes to the tax code, broader implementation (or potential repeal) of ObamaCare – just to name a few.

For many, we are in the midst of a historically controversial debate about how much Americans should rely on the federal government to provide a sustainable social safety net.  Therefore, as we prepare for what should prove to be a tumultuous presidential election, each of us will have to weigh the perceived impact the outcome of the election might have on our personal finances.

So, as we creep closer to the November 2020 election, it is important to put this election in perspective and review a few of the ways that changes to the political landscape could affect your personal wealth.  Here are some important things to consider in regard to personal financial management during an election year.

How does the stock market typically perform during an election year? Presidential election cycle theory holds the basic premise that the stock market reacts in a particular pattern based on the year of a president’s term.  In theory, the year after the election of a new U.S. president often sees the weakest stock market performance.  The theory also holds that stock performance gradually increases and the third year of a president’s term is historically the strongest and the fourth year often sees above-average returns.  According to this theory, the election year should see strong returns.  While the presidential election cycle theory provides a simple and understandable framework to try to identify market patterns, more recent presidential elections have not followed this pattern.  For example, the Dow Jones Industrial Average experienced major decline of 33.84% during the 2008 election year.

Trying to predict market cycles can lead to oversimplification, which most behavioral finance experts agree tends to hurt individual investors.  Rather than attempt to predict investment performance for a market that is unpredictable, it is better to focus on elements of investment planning within your control such as diversification, costs and how investments are taxed (e.g., tax-deferred vs. tax-free accounts).

Beware of “paralysis by analysis”.  Elections present a countless array of possibilities.  Will taxes go up?  What will happen to the estate tax?  Will the Affordable Care Act be repealed?   Will the outcome affect investments?  Too many reactive choices based on these possibilities can lead to inaction and eventually impulsive financial behaviors.

As investors, we must proceed with caution whenever investment planning decisions are based on speculation of whether an outcome will have an impact on a particular asset class or sector of the economy.  Market behavior is difficult to predict and sometimes the likelihood of future outcomes are already priced into equity and fixed income markets.

Be proactive rather than reactive.  Recently, during a weekly meeting, the CFP® professionals at Financial Finesse were discussing some of the most common questions received over the past few months during financial education events.  In the fall of 2011, we fielded many inquiries about Herman Cain’s 9-9-9 plan as well as the flat tax proposal of Rick Perry.  Cain’s proposal has faded from the political news headlines and both he and Governor Perry are no longer contenders.   While this speculative type of discussion makes for interesting conversation and debate, the fact remains that the presidential election is still months away.  Many proposed fiscal policies will come and go as the presidential field gradually shrinks over the next few months.  Most importantly, the in-depth analysis of the impact of one candidate’s victory over another is pure speculation.  Not to mention that the President of the United States is not the only person who determines our nation’s fiscal policy.  Perhaps the underlying concern behind these questions is whether individuals should be doing anything differently to prepare for a change in leadership or a continuation of the current administration.

The answer to political uncertainty is to be proactive with your personal finances.  It is never wise to put the fate of your financial future in the hands of a politician.  In focusing on long-term planning rather than short-term political rhetoric and speculation, you can Occupy your Personal Finances rather than become preoccupied with the political dance taking place in Washington and primary states across the nation.

Financial moves to make during the presidential election season:

Despite the uncertainty surrounding our nation’s leadership, there are some things you can do beyond expressing your opinion at the polls through voting.  Here are some financial moves to make in light of a complicated situation.

Prepare for potentially higher income tax rates. Current income tax rates, as well as capital gains taxes, are set to expire in 2025.  Additional taxes on investment income for high-income taxpayers could add another 3.8% to existing tax rates.  If you think tax rates are going up, tax-advantaged retirement options such as Roth IRAs and Roth 401(k)s generally make the most sense if you anticipate being at a higher tax rate when you make withdrawals during retirement.  If you have a traditional IRA, consider the benefits of a Roth IRA conversion.  As with any financial decision, you should analyze the potential tax implications and review this option with a financial planner.

Prepare for higher inflation rates. Stocks provide positive inflation-adjusted returns over long-term periods.  However, these higher real returns come along with higher volatility and accepting greater investment risk.  Other ways to protect investment portfolios against inflation include Treasury Inflation-Protected Securities (TIPS).  TIPS are issued by the U.S. government and are fixed income securities tied to the Consumer Price Index (CPI).  However, TIPS are sensitive to interest rate changes and may not perfectly match inflation during short or long-term periods.

Other investment strategies to prepare for inflation include shortening the duration of fixed income holdings.  Finally, as mentioned earlier when discussing Ron Paul’s investment portfolio, commodities such as gold and oil are common inflation hedges and their returns tend to be positively correlated with inflation rates.  Other commodities such as minerals, metals, and livestock also tend to rise in price with inflation and can be incorporated into a diversified portfolio through mutual funds and exchange-traded funds (ETFs).   Keep in mind that predicting inflation is a tricky business and a diversified portfolio is the best alternative.

Occupy your attention to personal finances. I am hard-pressed to find others who are not somewhat aware of our nation’s debt problems and the Eurozone Brexit crisis.  While it is easy to get preoccupied with these concerns, primary attention should be given to personal financial matters that are more under our individual control.  Debt-related questions continue to be a serious concern for most of us.

After retirement, debt management questions are the second most commonly put to advisors.  Once personal debt has been brought under control, the focus shifts to long-term goals such as retirement.  With such low retirement confidence levels stabilizing somewhat in over the past couple of years after a steady decline, there are ways to improve retirement outlook or at least improve personal balance sheets.  If you are concerned about your long-term financial stability, why not channel some of the energy and concern about our nation’s fiscal outlook into your own Retirement Plan Estimator.

Bottom line: Political discussions about our financial future makes for interesting and, at times, emotional discourse.  Expect the media attention following the Democratic primaries and the subsequent general election to intensify along with political advertisements and commentary that follows the 24/7 news cycle.  Keep in mind that pundits are often wrong and legislation that is actually passed is all that really matters.  Until a proposal or regulation becomes law, its importance is diminished and the real impact on personal finances may take time to figure out.  Political maneuvering does have a significant impact on financial planning.  However, it is essential to make sure that financial decisions fall in line with personal or family objectives rather than serve as knee jerk reactions to the news of the day.  It is easy for us to become overwhelmed by the overabundance of news and speculation of how future elections will impact personal wealth.  Perhaps it’s best to distance ourselves from political rhetoric and gridlock on Capitol Hill and continue to improve the financial stability of Main Street, America.

This article was written by Liz Davidson from Forbes and was legally licensed by AdvisorStream through the NewsCred publisher network.