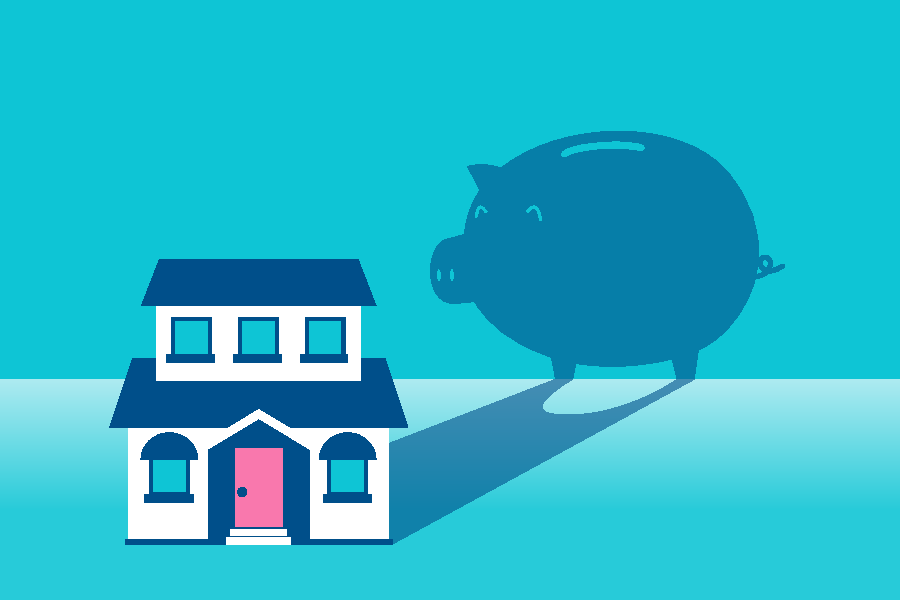 Eliminating debt is a great goal. But is it the best option for you?

There is no mistaking how Eric Markowitz feels about borrowing money: “I hate debt,” he said. Dr. Markowitz, a dentist in Washington, D.C., took out a mortgage to buy a home for his family, but that’s the extent of his borrowing. And he fully intends to have it paid off by the time he retires in 15 years or so. “I sleep better knowing I have limited debt,” he said. “I just don’t like owing people.”

Like Dr. Markowitz, Bill Malloy has been thinking about retirement planning a lot since turning 50 a couple of years ago. But after running a small business for nearly three decades, he’s comfortable carrying debt. “There really isn’t a good reason” to focus on paying off his mortgage, said Mr. Malloy, a partner in a Virginia-based education consultancy. “We’re locked in at a historically low rate, and I like to have some flexibility and liquidity.”

Who’s right? Both of them, according to the financial adviser they share. “I am a fan of living without debt,” said Ted Halpern, a Washington-area financial planner. “However, we’re looking at interest rates that are unbelievably low. I can understand why someone would want to borrow at those rates and invest that money elsewhere.”

Whether to carry mortgage debt into retirement is a perennial hot topic among financial advisers and their clients. Home loans tend to be Americans’ largest liabilities, so their care and handling has a profound effect on how we experience life as retirees.

The best approach for you depends on how you feel about debt — and a handful of other factors. Among them: your age, how much money you’ve put aside for retirement and where it’s invested, and even how disciplined you are about saving and spending.

Mortgage debt used to be far more attractive for many Americans, but revisions to our tax laws have changed that. The standard deduction for federal taxes has climbed to $24,400 for married couples filing jointly — versus $12,700 just two years ago. Now many fewer homeowners can itemize deductions on their federal taxes, meaning they will be unable to deduct their mortgage interest.

“Nobody in the middle class or below, in terms of income, is receiving any federal tax breaks from home mortgages anymore,” said Laurence Kotlikoff, a professor of economics at Boston University.

One important benefit of debt reduction is an increase in financial stability. This is crucial because of “sequence of risk” — the chance that your investment portfolio will take a big hit at the worst possible time, the beginning of your retirement.

“You can make your portfolio more conservative by buying bonds,” said Rand Spero, a financial adviser in Lexington, Mass. “If you want even less volatility, you can pay off your mortgage and you know you won’t have that debt anymore. It’s a guaranteed return.”

In the experience of the financial adviser David Markle, people who are undisciplined about money during their careers will be similarly undisciplined in retirement. So he pushes the anti-debt message hard with his clients, hoping to curb their free-spending impulses. “I tell them, ‘If you have debt, you’re not ready to retire,’” he said.

What if they don’t have cash available to pay off their debt? Mr. Markle, who is based in Allentown, Pa., encourages clients to sell their pre-retirement homes, pay off their loans, and downsize into something more affordable.

Dr. Kotlikoff has an even more drastic-sounding suggestion. If you don’t have cash available, you should consider skipping your 401(k) and other retirement plan contributions and use the funds to pay down your home loan. “This will, on balance, raise your living standard and lower your risk in retirement,” he said.

Dr. Kotlikoff came to this conclusion after running a series of scenarios through the retirement-planning program on his website. He recently published a case study on the site explaining his findings. His software assumes you will be earning the 30-year Treasury bond rate on your investments, currently a little more than 2 percent.

Many financial advisers will hold their noses at Dr. Kotlikoff’s suggestion. In addition to the immediate tax savings they produce, retirement saving plans often include matching contributions from the employer. “Are you going to forgo a company match in your 401(k)?” Mr. Spero asked. “That would be crazy.”

Can debt be good?

The bigger issue, though, is that debt can be very useful. The Oregon financial planner Kyle Mast has a client who had a good year with his real estate investments and wanted to pay off a line of credit on his house. But Mr. Mast, who prefers his clients not to carry debt in most cases, told him to hold everything.

“We were able to put $50,000 into a tax-deferred account for him alone because he has his own business. This saved him $22,000 in federal, state and FICA taxes,” Mr. Mast said. When the client retires in two or three years, he can pay down his loans with money from his retirement accounts if he feels the need. His reduced income at that point ought to put him in a lower tax bracket.

“This will save him probably close to $100,000 in taxes depending on how much he earns over the next few years,” Mr. Mast said.

Some people like hanging onto loans as a hedge against inflation. If the cost of living spikes, they’re repaying the loan with money that is worth less than what they borrowed. Others figure they can earn more on the money in the stock market than they owe on their mortgage. This may be true, especially if they’ve got a longer time horizon to ride out ups and downs in these investments.

Working on this issue with most clients, Mr. Mast keeps coming back to the fact that paying off debt creates a risk-free return. “That’s really valuable,” he said. “So I’d say, if you’re looking for a good return on your money somewhere else for the next five to 10 years, it has to at least double the rate you’re paying on your loan.”

One of the biggest arguments for not paying off your mortgage is it keeps some cash in your pocket. Assuming you’re not a reckless spender, it can be helpful to have some liquidity in retirement — both for things you want to do (travel or dining out) and for things you have to do (repairs to your home or cover major health expenses).

When major expenses crop up, people sometimes take out a home equity loan or even a reverse mortgage — but there are costs involved in securing those, and they’re likely to come with higher interest rates than a primary home loan. As you weigh whether to pay down your mortgage, it’s smart to consider just how liquid your assets are. Mr. Halpern, the Virginia-based adviser, recommends comparing whatever you have in pretax retirement accounts against your after-tax savings.

“If I have $2 million in retirement accounts and $200,000 in after-tax accounts, that’s a very low liquid number for someone with $2.2 million put away,” he said. “Let’s say this person wants to pay off their mortgage. The reality is, a) they probably don’t have enough to pay it off and b) it’s going to leave them with nothing but tied-up money.”

What’s a good liquidity number? Mr. Halpern wants to see after-tax money equal to 50 percent or more of a client’s tax-deferred savings. “Of course, it depends on how much money you have and how much you owe,” he added.

Paul Cordero, a financial adviser in San Rafael, Calif., often thinks about his parents, who bought their home in the 1970s and were determined to pay off their mortgage as fast as possible. By the time they retired, “they had all this equity in their home but they lived much poorer than they had to,” he said. “They felt cash-strapped.”

Mr. Cordero encourages his clients to do what feels right to them. “The driver is your spending in retirement,” he said. “If your lifestyle isn’t that extravagant, keeping that money invested will allow you more freedom. You’re giving your money that much more opportunity to grow.”

His client Julia Chandler, a newly retired C.P.A., is following that advice. She’d been making larger-than-required mortgage payments for about a decade. But lately, she has eased off.

The extra cash will help cover day-to-day expenses, which will, in turn, make it easier for her to delay applying for Social Security until she’s 70. This will maximize her Social Security benefit. On top of that, she is able to deduct the mortgage interest on her California income tax return, saving her some money there.

A few years from now she might change her mind and decide to pay off the mortgage, Ms. Chandler added. But for now, “I’m 66, I’m very healthy, I want to go and do a lot of things. Having investments that can fund those things is very important to me.”

This article was written by Peter Finch from The New York Times and was legally licensed by AdvisorStream through the NewsCred publisher network.